We respect your inbox. We only send interesting and relevant emails.

“We work as hard for you and your family as we work for ours.” This is the promise that Robert and Cynthia Rivera make to everyone they represent....

Getting ready to sell your house? You may want to consider these five home improvements to ensure a bigger price tag at closing time.

Unless you’re Joanna Gaines, the prospect of updating and prepping your home for sale can seem daunting. All those little repairs you were happy to postpone for another day (or year) may seem like glaring problems to a buyer once your home is on the market. So, what to do? Option one is to hope you luck into a buyer who will see your home not as it is now, but for what it could be. Option two is to put some money and time into a few repairs that will help get your home market-ready. Although the latter option may seem like a lot of hassle, it can translate to serious money — nearly a quarter of sellers who do home improvements sell their home above list price, compared to just 16% of sellers who don’t according to Zillow’s 2018 Consumer Report.

Thankfully, you don’t have to spend months (or many thousands of dollars) with a contractor to get your home ready — many small DIY home improvements can yield big returns on closing day. Here’s a look at five of the best.

Painting is the lowest cost improvement with the highest rate of return, so it’s not surprising that 36% of home sellers choose to do it, according to Skylar Olsen, Zillow’s Director of Economic Research. When trying to sell, a nice coat of neutral paint can give the entire house a facelift, and buyers really love to see a fresh blank canvas. “Consider getting color recommendations from a trained professional since paint colors can be tricky depending on lighting and other features in the house such as cabinets and flooring,” says Jennie Norris, chairwoman for the International Association of Home Staging Professionals. If you’re looking for a “safe” color, gray has been trending in recent years, Norris says.

Initial Cost of Investment: Professional painting of the interior of an entire 2,500 square foot house can be anywhere from $2,000-$4,000 depending on the market, according to Norris. If there are vaulted ceilings or a lot of detail work, it could be more.

If That’s Too Expensive, Consider: DIY, if you’re handy with a paintbrush. Buy a 5 gallon bucket of a neutral paint color (much cheaper than buying per gallon) and get to work. “At the very least, if you can’t do the painting yourself, wash your walls and declutter to create a nice open space,” suggests Lori Matke of homestagingexpert.com. 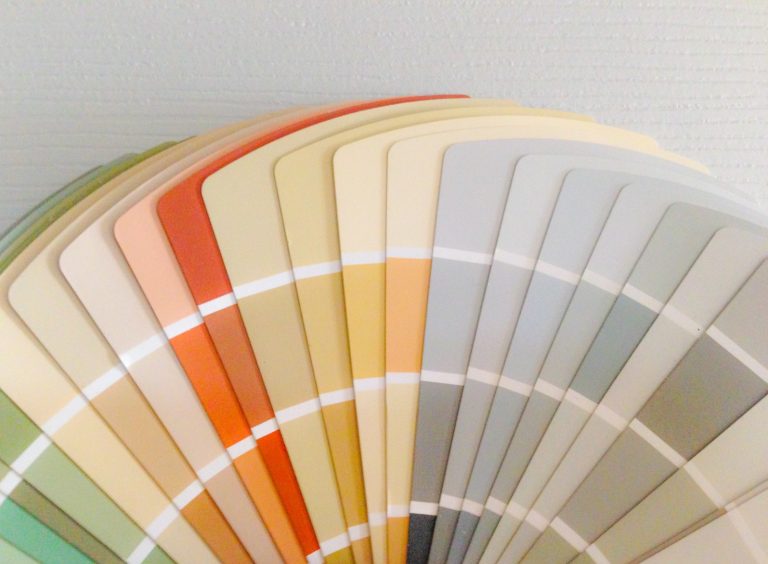 The outside of your house is a buyer’s first impression when they pull up. A patchy or overgrown yard can be a major turn-off. Anything that’s dead should be removed, and anything that’s overgrown should be cut back. You can make sure the lawn is refreshed and green by re-sodding or planting grass seed, and you may want to do edging to help define spaces. Also, fresh mulch or straw in any beds is a must.  “A few newly planted shrubs and perennials tucked in for good measure will make your house feel much more finished and inviting,” Matke suggests.

Initial Cost of Investment: Professional landscaping can cost anywhere between $500 – $3,000 (and higher if you add in tree removal) according to Matke.

If That’s Too Expensive, Consider: If you’re up for a little sweat equity, roll up your sleeves and remove anything dead yourself. You also don’t need a pro to purchase grass seed. Just follow the directions for planting, and keep it watered and mowed. “A good, sturdy garden rake can tidy up the borders, and instead of renting a lawn edger, a sharp, heavy-duty putty knife works just as well,” Matke says. For color, you can purchase a few bright annual flowers at your local garden shop and either plant them directly into the landscape around the house, or add them to pots near the front door. 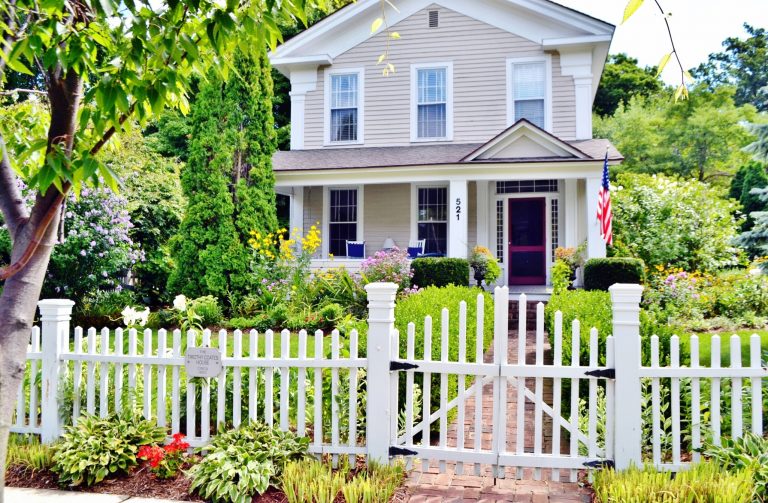 Replacing carpet or repairing flooring is an improvement that 26% of homeowners make, according to Zillow. If you’ve got lots of rooms with many types of flooring, you might want to bite the bullet and invest in new flooring for all, to create a seamless feel throughout the house. Wood floors, or even faux-wood floors, are preferable to carpeting even though those options can be more costly, Matke says.  If, however, you can’t afford to upgrade to wood, new carpeting is still a major selling point. And just like with painting walls, a good neutral color is best.

Initial Cost of Investment: For professional flooring installation, expect to pay between $10 – $12 per square foot for faux wood, and up to $30 for real wood. An average quality carpeting will cost about $8- $12 per square foot, installed, says Matke.

If That’s Too Expensive, Consider: Some outlet centers have flooring stores, where you can sometimes find great deals on older styles that have been discontinued, Matke says. If an upgrade absolutely isn’t in the budget, then look to have your carpeting and hardwoods professionally cleaned. If you have a few worn/discolored areas on the hardwoods, touch them up yourself with a little water-based stain to make them less noticeable. And don’t forget about the charm of a nice throw rug when needed. 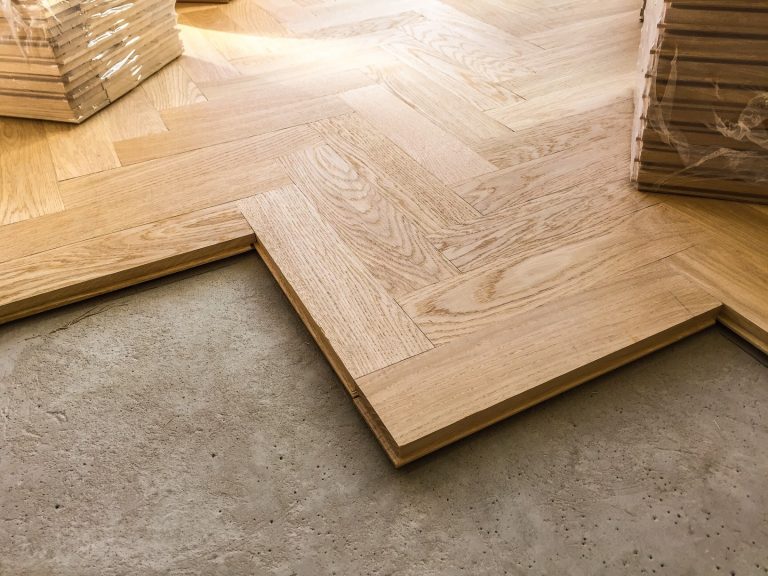 A mid-range bathroom update (think natural stone for countertops, not high-end quartz) offers a great return on investment, according to data from Zillow. And a bathroom that looks old can really date a house, Norris says. A few lucrative bathroom updates could include: new counter tops, new tiling, frameless glass doors (get rid of the brass or metal), new cabinets, and new fixtures for the sinks and tub. When replacing cabinets, remember that minimalism is best — neutral colors, and no designs or raised panels.

Initial Cost of Investment: The cost of a mid-range bathroom remodel averages between $3,000-$12,000 according to Zillow.

If That’s Too Expensive, Consider: Dated tile always looks better with clean grout lines, so consider cleaning or freshening the grout, which you can DIY or hire someone to do. Also, instead of replacing cabinets, you can simply paint them — white, gray, or black can offer a clean look, according to Norris. And reglazing the tub will always be cheaper than installing a brand new one. 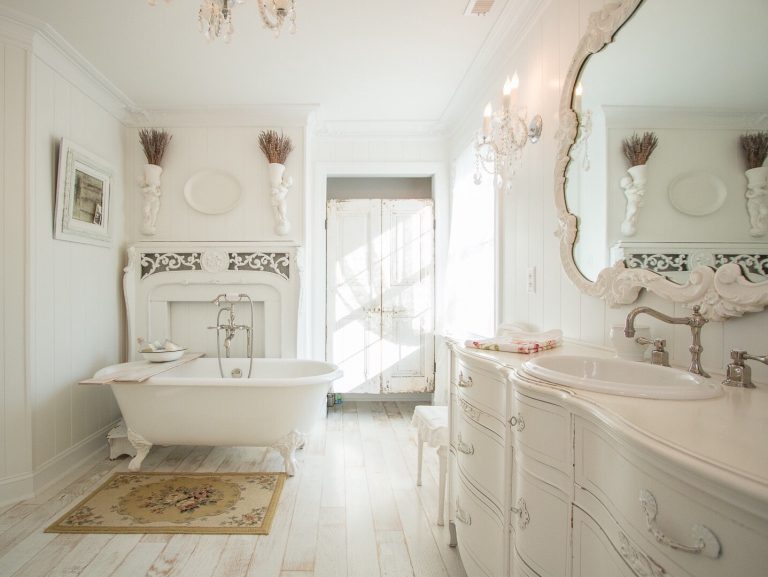 Replacing lighting throughout a house can be a simple update for a small investment — but it can make a bit impact where appearance is concerned, Norris says. As you look at options for chandeliers, pendant lighting, and ceiling fixtures, remember to keep colors consistent with your home’s hardware. For example, you can mix metals such as copper and oiled bronze, or brushed nickel with chrome, but you wouldn’t want to mix gold and silver tones. Keep in mind that older brass fixtures can look dated, since they were often used in properties built in the 80’s and 90’s. In other words, if you’re going to the trouble to put in something new, make sure it offers a true update.

Initial Cost of Investment: Light fixtures for dining areas or pendant lights can be a few hundred to thousands of dollars, depending on source and style, Norris says. But there are often good deals to be found at places like Ikea, Home Depot, Lowes, and other stores that cater to the DIY crowd, where some fixtures can cost under $100.

If That’s Too Expensive, Consider: Less is more. With lighting, sometimes it’s more about what you don’t see than what you do… So if that giant 1980’s chandelier is eclipsing the living room, don’t feel like you have to replace it with something fancy — just take it out. The buyer can easily imagine for themselves what they’d like in the space, and you don’t have to spend a dime. You can also install fixtures yourself, but where wires are concerned, make sure you have a professional electrician to help. 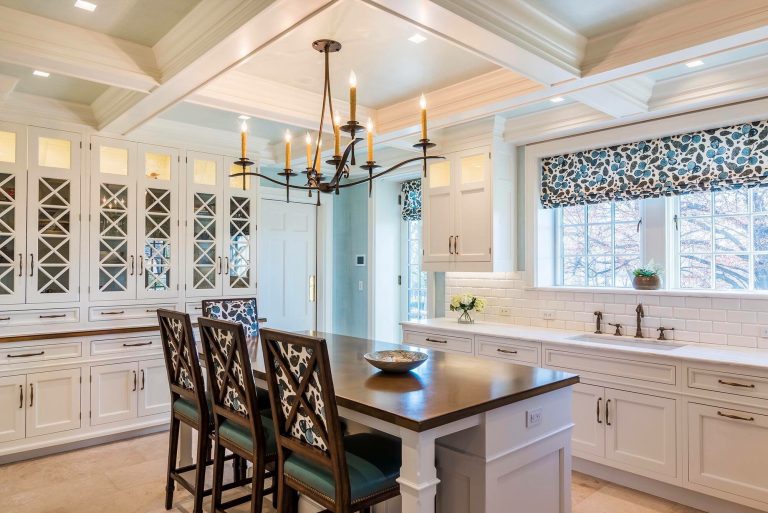 So, How Much Can I Really Make?

There’s no one-size-fits-all answer here — every home is different, and every neighborhood and part of the country will yield varied results. But a common formula used by home stagers is that every  $1 put into a house should yield an additional $1.50 increase at closing, at least. With some projects, the rate can be much higher — bathroom remodels boost sales prices by $1.71 for every $1 spent, according to Zillow. This means that a $5,000 bathroom renovation would yield a bump in home price of $8,550, perhaps more.

Lastly, Small Repairs Are Great, But Don’t Lose Sight Of The Bigger Picture

Get your home's value - our custom reports include accurate and up to date information.

We respect your inbox. We only send interesting and relevant emails.

We use cookies to enhance your browsing experience and deliver our services. By continuing to visit this site, you agree to our use of cookies. More info